Save Time with New LED System

The new crop of LED gel lamps on the market have caused a bit of confusion as to the benefits and differences between LED and the standard UV lamps techs have been using for years. To help clear up the subject, Dasy Design has highlighted the biggest differences between the two so you can be better informed on lamp purchases and maintenance.

So what is UV light anyway? All light is categorized by its different wavelengths, which you can see charted here as the Electromagnetic Spectrum. Visible light for humans occurs between roughly 400 nanometers (nm.) and 780 nm. Anything above that is infrared (which only some animals, like cats for example, can see).

Ultraviolet light occurs from roughly 100 nm. to 400 nm., with UV light further broken up into groups A, B, and C.
A key note to understand is that LED lights are actually UV lights also, because they emit light that is within the UV spectrum (specifically UV-A). The traditional UV lights we’ll call compact fluorescent lights (UV CFL), after the bulbs they use. 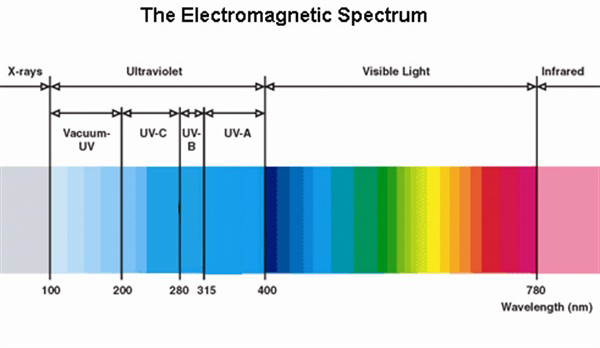 Gels need photoinitiators in them to activate the other molecules and turn the gel into a hard plastic. The “photo” means they are light-activated, and these photoinitiators only become active when exposed to certain light wavelengths. (That’s why they don’t start curing right away in regular sunlight.) So manufacturers try to use photoinitiators that match perfectly with their own lamp’s UV wavelength emmitance.

The thing with photoinitiators is that the most easily activated ones on the market are bright orange, which when placed inside already pigmented gels will be overpowered and not noticed, but in clear gels they stand out. The majority of clear or lightly pigmented photoinitiators on the market today become activated in wavelengths that are outside of the typical wavelengths that LED lamps emit. So because CFLs have a broader wavelength output, they are typically more effective at curing most clear gels.

*The best way to avoid any curing problem is to use a lamp made by the same company as the gels you are using. The photoinitiators in the gel are designed to work at precisely the same wavelengths as the lights emit. 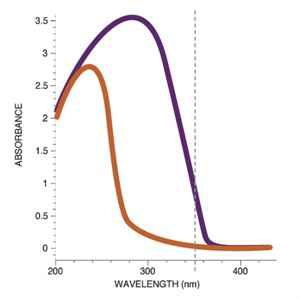 So now you know how to save lots of time with our new LED system you can purchase it exclusively with Dasy Design.  Contact us today for more information.